Kirsty Young is stepping down as the host of BBC Radio 4’s Desert Island Discs.

She has presented the long-running show since 2006 and has interviewed hundreds of guests including Annie Lennox, Morrissey and David Tennant.

Last year, Young took a break from hosting Desert Island Discs because she has a form of fibromyalgia.

The BBC said 6 Music’s Lauren Laverne, who was drafted in as cover, will continue “for the foreseeable future”.

Young has presented 496 episodes of the programme as well as fronting its 70th and 75th anniversary celebrations. 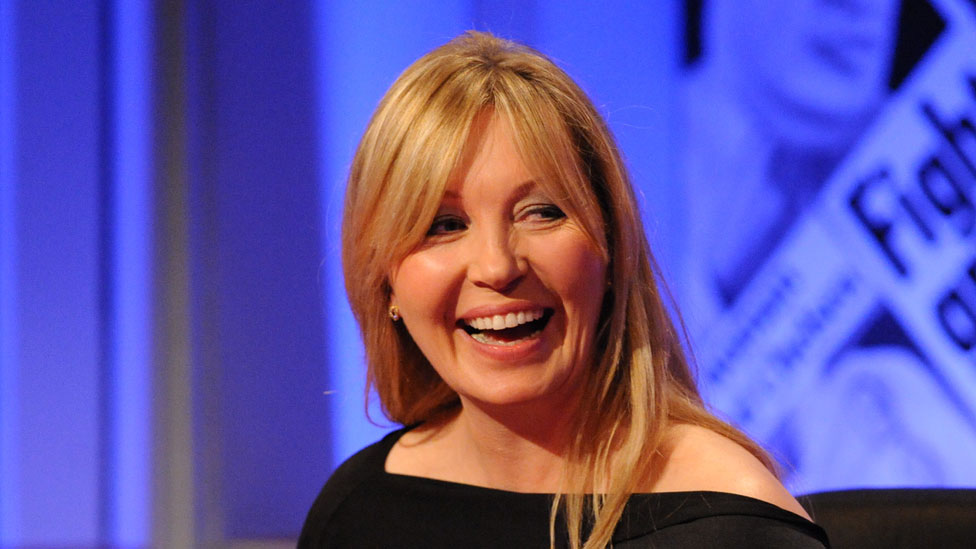 Having hundreds of Castaways share their triumphs, tragedies, tribulations and tracks with me over the years was a huge privilege and an education

She called her tenure “12 incredibly happy and fulfilling years”.

“Having been forced to take some months away from my favourite job because of health problems,” she added, “I’m happy to say I’m now well on the way to feeling much better.

“But that enforced absence from the show has altered my perspective on what I should do next and so I’ve decided it’s time to pursue new challenges.”

Fibromyalgia is a long-term condition that causes pain all over the body and can bring on severe fatigue. Lady Gaga also has the condition.

Young said she wished Laverne “all the very best”.

Laverne said: “Stepping in for Kirsty on Desert Island Discs (which was already my favourite programme) has been an enormous honour.”

“Her intuitive interviewing style as well as her warmth and humour has helped bring out incredible life stories and anecdotes from her castaways.”

Outside of Desert Island Discs, Young is best known as one of the original newsreaders on Channel 5 which she presented from its launch in 1997 until 2007.

She has also presented episodes of Have I Got News For You and the BBC’s coverage of the wedding of the Duke and Duchess of Sussex.