Boris Johnson has used his first speech as prime minister to make a series of spending promises as part of his plan “to take decisions…to change the country for the better”.

Speaking in Downing Street, after taking over from Theresa May as Conservative leader, he outlined pledges including more police and full-fibre broadband across the UK. He also signalled tax changes.

The Reality Check team has been looking into the details of some of the policies from the speech and some he announced during the leadership campaign. 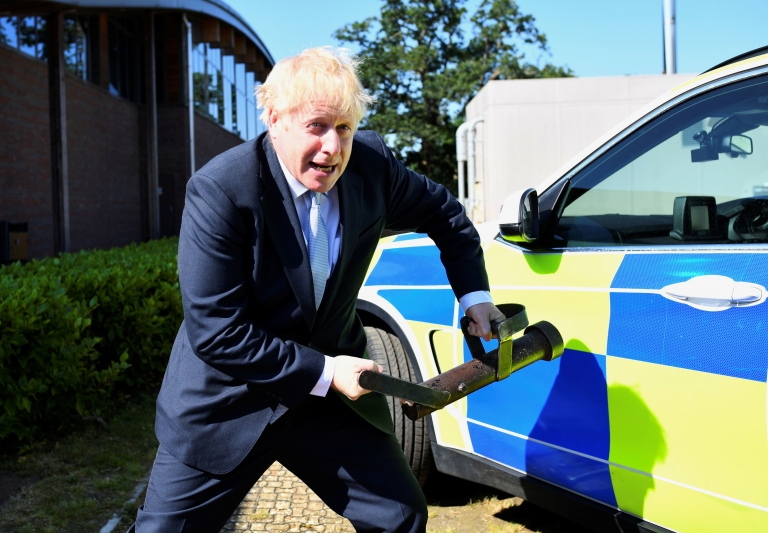 My job is to make your streets safer – and we are going to begin with another 20,000 police on the streets

Mr Johnson repeated in Downing Street his plan to reverse almost all of those cuts.

There has been some dispute about the link between police numbers and levels of violent crime, with Theresa May saying there was not a direct link.

But Metropolitan Police Commissioner Cressida Dick has said there is “some link” between the two.

The cost: Mr Johnson has given a figure of £1.1bn.

For police officers outside London, the lowest pay was about £25,400 in 2016 (although this differs from force to force).

That comes to £500m a year but these costs will increase once they complete training, which takes about two years.

Typically, after four years, the pay will increase to £33,700 (again outside London) – so almost £700m but this doesn’t account for training costs.

The Nottinghamshire police force estimated recruitment and training to be about £13,000 per officer in 2012 (not including salary received during training).

This would come in at about £258m for 20,000 new officers but again this would differ from force to force. 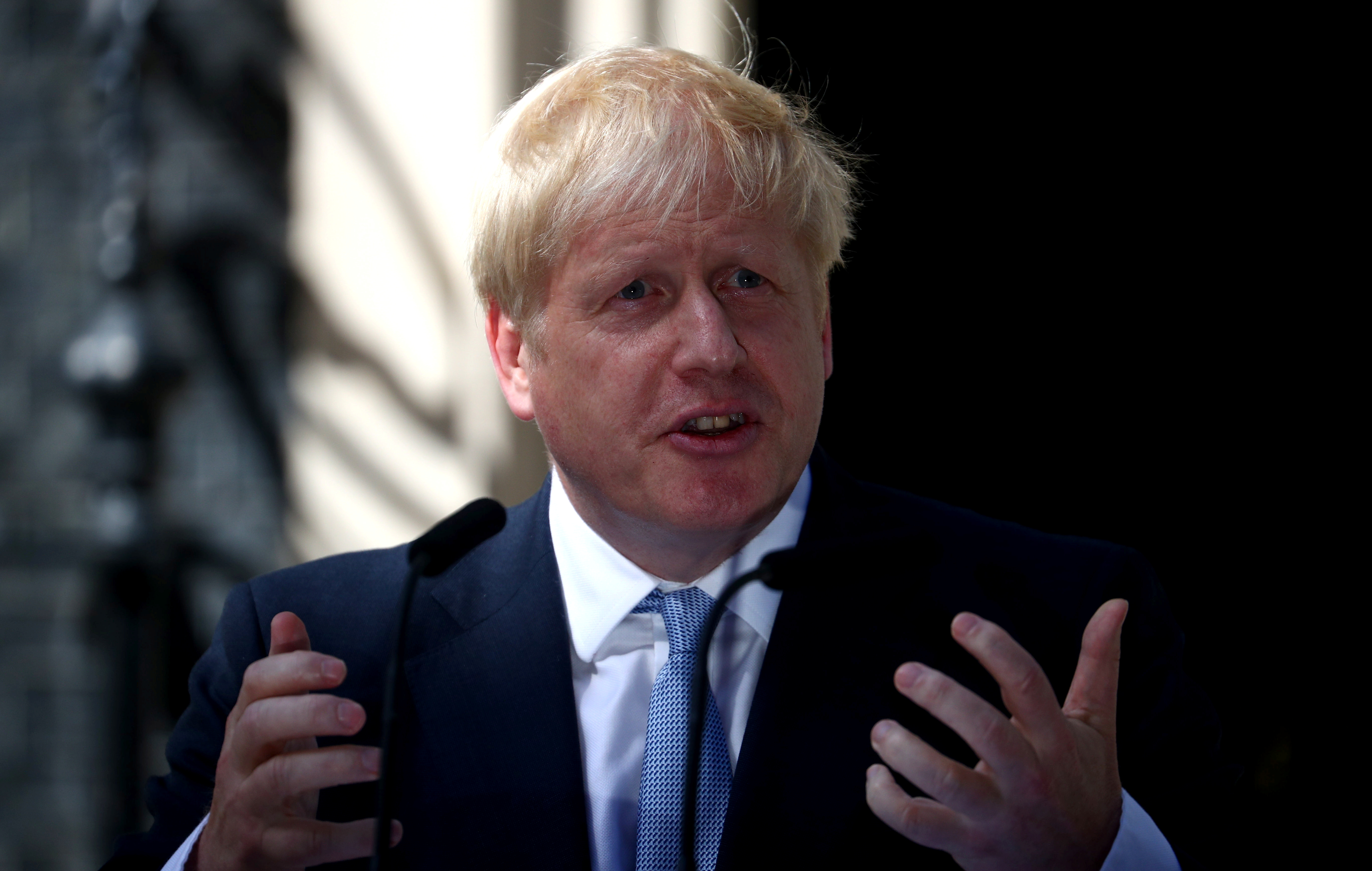 The plan: It is currently government policy to have full-fibre broadband across the UK by 2033 – Mr Johnson says he will have it done by 2025.

What it means: Having full-fibre broadband means getting high-speed optical cables going into buildings so there is no use of copper cables.

The telecoms regulator Ofcom said that in May only 7% of UK properties had full-fibre broadband.

Increasing that to 100% in six years would be a big project and there has been no detail so far of how Mr Johnson plans to do it.

The cost: Mr Johnson has said that government money would be needed to make this happen but has not specified how much.

Commercial operators could be expected to fund this work in densely populated areas where they could expect to get a decent rate of return. But in more remote areas, there may have to be government subsidies.

The government’s current plan estimates that getting full-fibre broadband to the most remote 10% of properties will require it to spend between £3bn and £5bn – it is reasonable to assume that doing it in six years instead of 14 years would increase that cost.

Figures of about £30bn have been cited but it is not clear how much of that would be government money and how much would come from commercial investment. 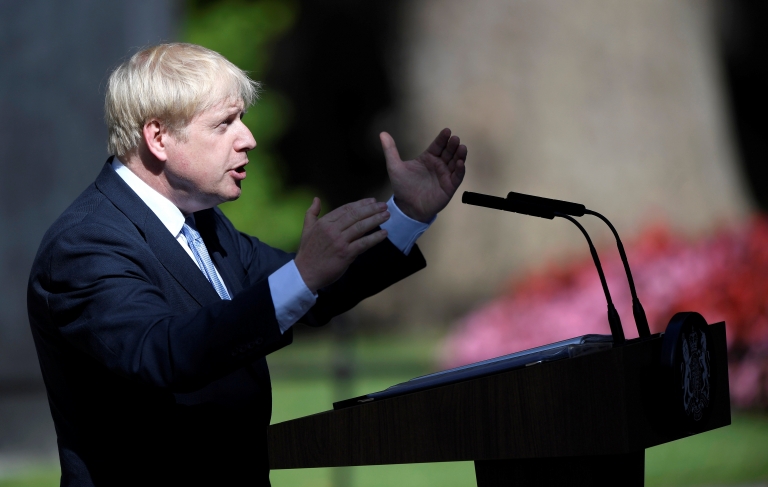 The plan: Level up per pupil funding in primary and secondary schools in England

What it means: Mr Johnson wants to make sure per pupil funding is at least £5,000 across the country.

There were also hints during the campaign that he would reverse previous cuts to school spending, which would be considerably more expensive.

MPs on the education select committee said that “a multi-billion cash injection” was needed.

Reversing previous cuts to spending was estimated during the campaign to cost about £4.6bn, although teaching unions have said that schools need an extra £12.6bn. 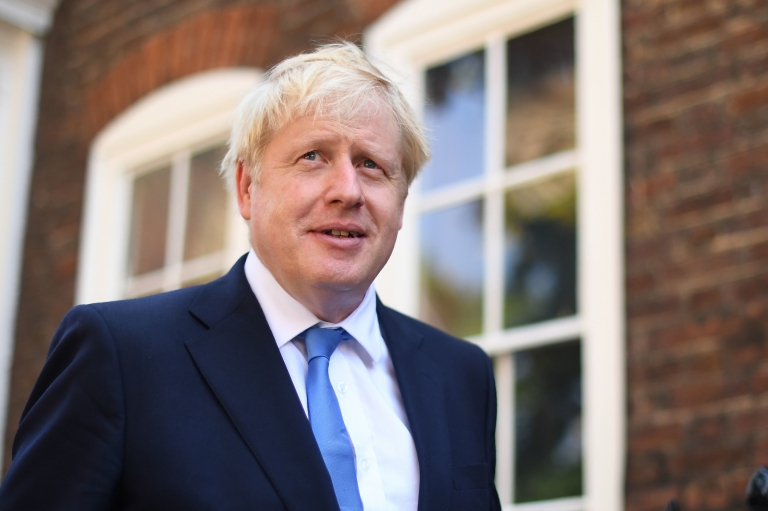 Under Mr Johnson’s plan – outlined during the leadership campaign – the point at which the 40% higher rate kicks in would be raised to £80,000. This would not benefit Scottish workers because the Scottish government sets its own income tax rates and bands.

National Insurance is a separate tax. It’s paid for by workers and companies and is meant to fund state benefits, such as the NHS.

Under this new tax regime, someone earning £60,000 a year could benefit by £1,000 a year, while someone on £80,000 or more would gain a maximum of £3,000 (because some of the benefits would be lost because of National Insurance increases).

But it’s wealthy pensioners who stand to benefit the most – up to £6,000 each, according to analysis from the Institute for Fiscal Studies (IFS). That’s because pensioners don’t pay National Insurance to begin with.

So, if someone already receives a generous work pension, not only would they be subject to less income tax (up to the new threshold), they also would not be affected by the changes to National Insurance.

The cost: Changing the tax system in this way would cost about £10bn a year, according to Mr Johnson. He says the bill could be funded from £26.6bn of “fiscal headroom”.

This “headroom” refers to government borrowing, which came in lower than originally expected and had been earmarked by the chancellor for no-deal Brexit planning.

However, if Mr Johnson chooses to fund his tax changes with this £26.6bn, it would not amount to a permanent solution. That’s because the money can be spent once only.

So, to pay for the policy in the long term, Mr Johnson would need to raise taxes elsewhere, announce spending cuts or continue to fund it from government borrowing. 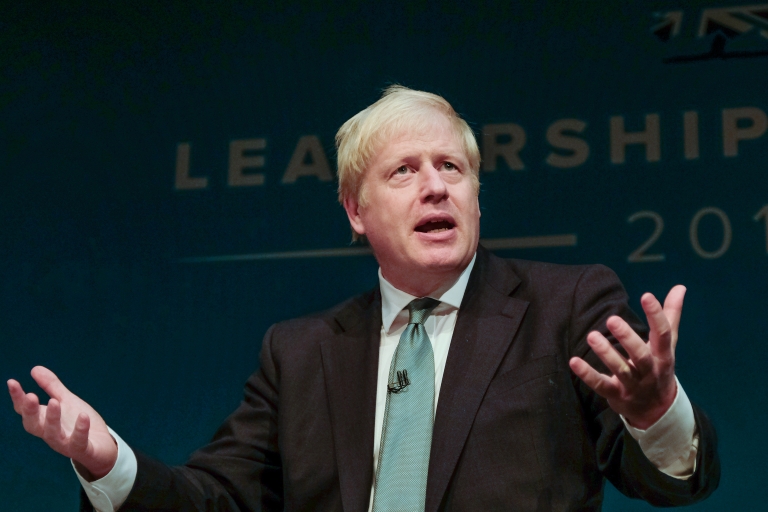 The plan: Mr Johnson has spoken favourably about cutting corporation tax but has not been specific about how much he would like to cut it by.

While the other candidate in the leadership election, Jeremy Hunt, wanted to cut the rate further to 12.5%, Mr Johnson was not as specific.

The cost: Mr Johnson claimed at a hustings in Darlington that every time corporation tax has been cut in this country, the amount of revenue raised has increased.

That is not the case. While there have been occasions since 2010 when corporation tax has been cut and revenue has risen, in the years after the rate was cut in 2008, revenue fell.

The government currently estimates that an extra one percentage point cut in corporation tax would cost £3.1bn in 2022-23.

In the longer term, some of that money would be clawed back in extra investment, wages or consumption.