Comedy is the cornerstone of Madison Moxley and Mason Whitis’ relationship: Moxley is a comedian and Whitis excels at doing any weird thing he can to make his partner laugh.

So when the Louisville, Kentucky, couple got engaged in late August, they started brainstorming funny engagement photo ideas.

“We ultimately decided on tacky ’80s photos just because we felt it was a good representation of both of us and it was an opportunity to really shine,” Moxley told HuffPost.

And shine they did. Their engagement photos ― taken at a local JCPenney portrait studio, naturally ― are currently going viral, with over 10,000 shares on Facebook.

The pair, who met on Tinder in February 2017 and had their first date at Kohl’s, cheesed it up in the photos with oversized sweaters, blue jeans and, for Moxley, poofed-up hair.

They found their threads in less than five minutes at a Goodwill store right before the photo shoot.

“We had a pretty good grasp of what we wanted to wear based off of looking up and researching cringe-y ’80s portraits,” Moxley said.

Things even got a little steamy on set. Has a JCPenney portrait center ever seen this much action?

Some of the sartorial touches are straight out of 2019, like Whitis’ footwear.

“A lot of people bring up the sandals when sharing the photos. He loves to wear those sandals with jeans,” Moxley said. “I hate it, but he thinks it’s comedic gold.”

Moxley said their families didn’t bat an eye at the wonderfully awkward photos.

“I sent the photos to my mom and she wasn’t even bothered! I think that was the true test of authenticity,” she said. “We really do act like we do in those photos. Behind closed doors we have this unspoken competition to out-weird each other.”

Though he’s not the professional comedian of the two, Whitis usually wins the competition.

“Mason can really come up with stuff that makes you go ‘WTF,’” the bride-to-be said. “I think it’s such a precious thing to have a sense of humor like him.”

Moxley told HuffPost they haven’t set a date for their wedding yet but hope to elope in either California’s Big Sur or Yosemite National Park. Here’s hoping they don something equally ’80s for the wedding. A puffy-sleeved gown and ’80s-era shoulder pads, anyone?

Scroll down for more of the hilarious photos, which were taken by Dawn Winebrenner at the JCPenney in Louisville. 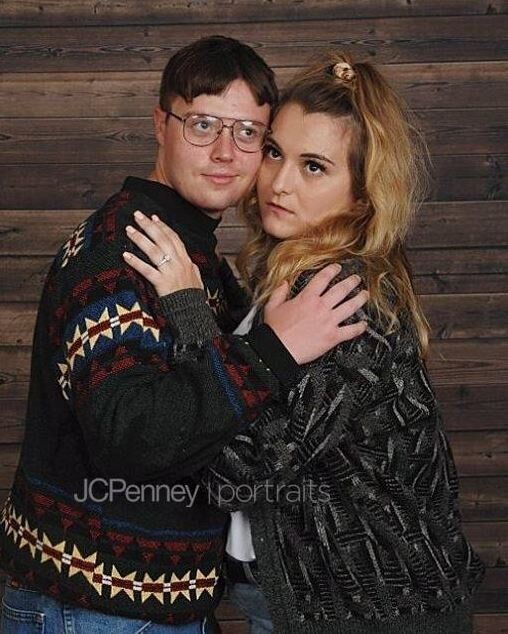 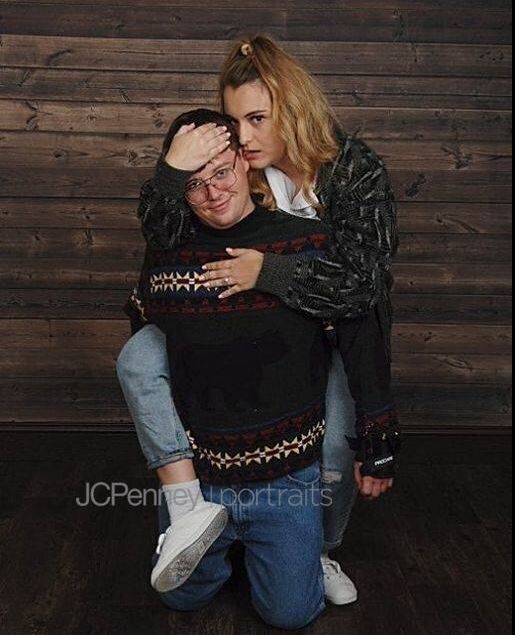 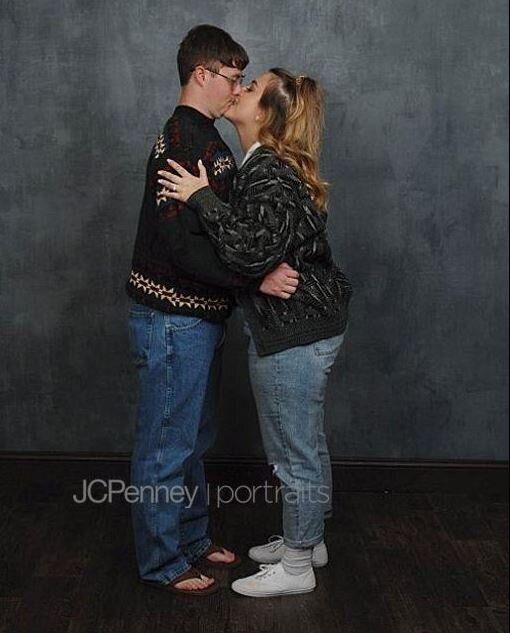 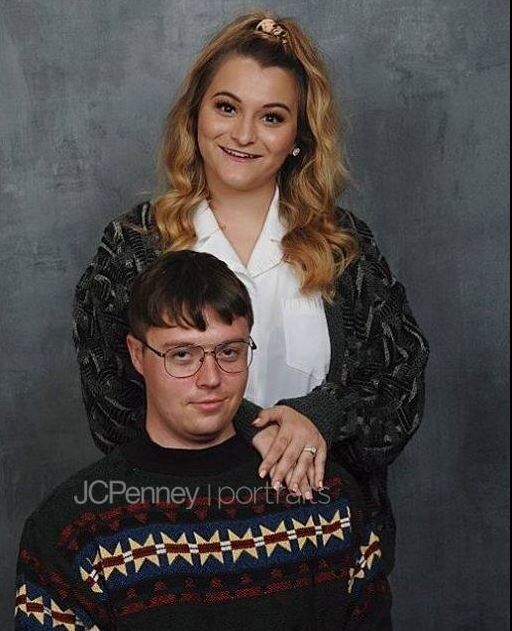 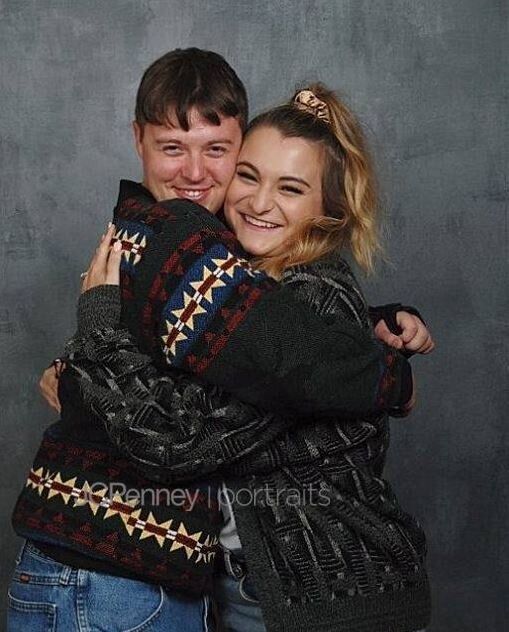 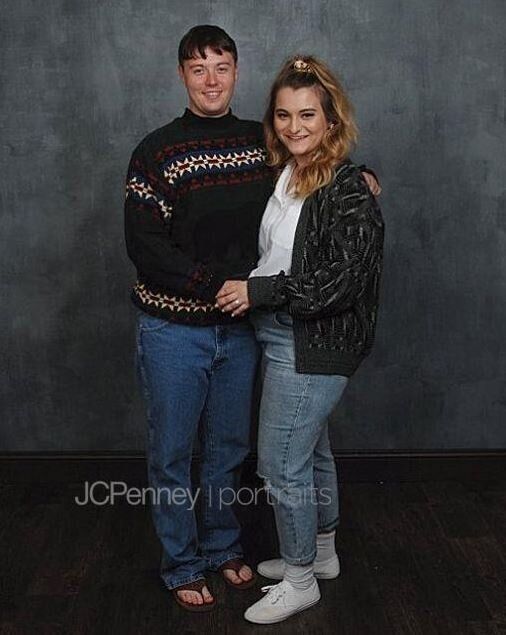 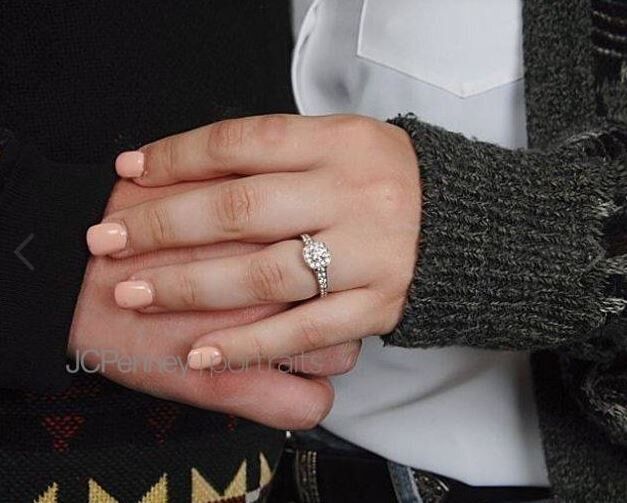 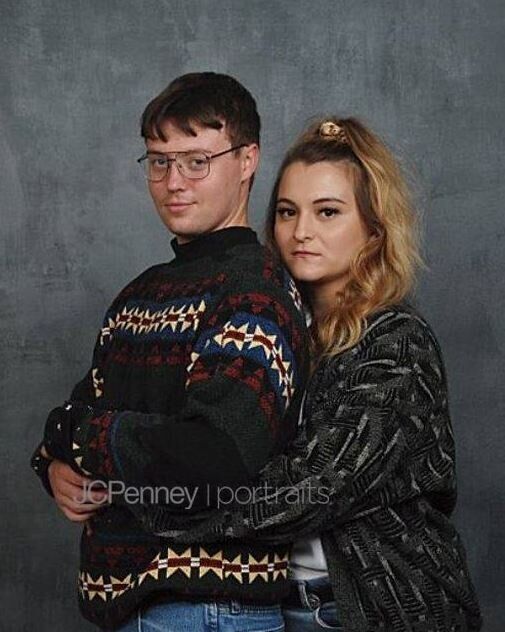